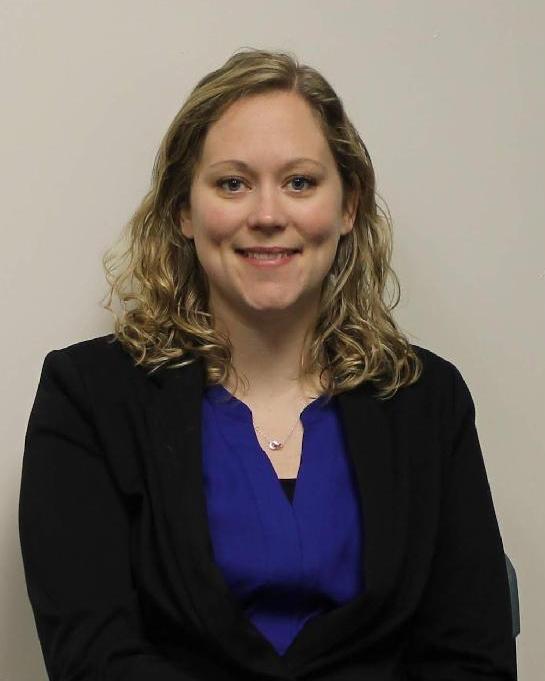 Molly began her career with Gray Locey CPA PC and rejoined the firm in 2019 as a Partner. She has a wide range of experience working with individuals as well as small and large businesses assisting them with their financial, accounting and tax needs. Though Molly represents clients in a variety of industries, she has considerable experience with law firms, real estate, agribusiness and medical practices. Molly works with many closely held businesses as an extension of their professional team to assist with each client’s unique objectives. 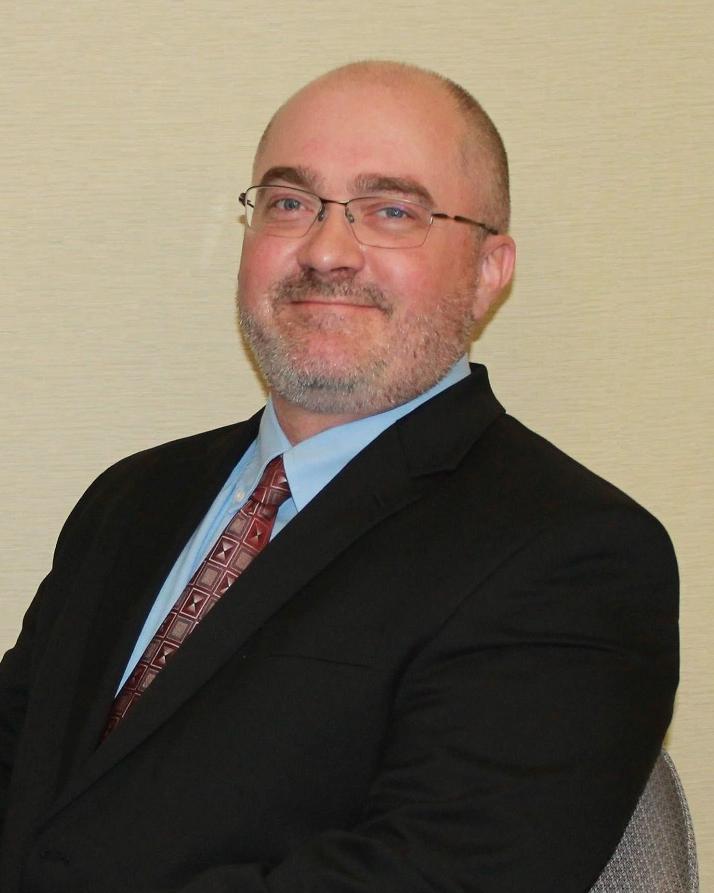 A graduate of SUNY Geneseo with over 16 years of experience in public accounting and four years of private accounting experience. Jim has a wealth of experience in business and personal taxation. His areas of expertise range from federal, state and international taxation to consultation on a variety of business transactions and organizational structures. Jim has extensive experience with partnership taxation in the real estate and hospitality services area. Servicing closely held businesses in a variety of industries, Jim is able to find tax savings for clients that are often times overlooked in both complex and straight forward situations. Jim has significant experience working with high-net-worth individuals on a variety of matters including business consultation, insurance, investments, retirement and estate planning. In his free time Jim likes to spend time with his family in the outdoors, including golfing, fishing and exploring the Adirondacks.

Richard graduated from SUNY-Binghamton in 1981 with a Bachelor of Science degree in accounting He joined the CPA firm Cortland L. Brovitz & Co., P.C. and became a principal shareholder of the firm from 1988 to 1995. He continued to build his practice in subsequent years as a partner in a local firm, serving as a mentor and trusted advisor to his clients and staff. In September, 2005 he formed Richard Gray & Company, CPA, P.C. to implement many of the ideas that he has given to his clients into his own firm. In 2010 the firm became Gray Locey, CPA, P.C., operating today as Gray Locey CPA PLLC.

He resides in Pittsford, New York with his wife Kim and where his three grown children, Taylor (29), Layna (27) and Sydney (25) frequently visit.

Lori graduated from Rochester Institute of Technology in 1980 with a Bachelor of Science degree in accounting. She practiced with Ronald Kane, CPA in Brighton for 25 years before merging with Richard Gray & Company, CPA, P.C. She is a member of the American Institute of Certified Public Accountants, the New York State Society of Certified Public Accountants, and the Estate Planning Council of Rochester.

Bliss represents closely held businesses in various industries including medical, service, real estate, financial, and construction. In addition to assisting businesses with accounting, taxation, and succession planning she in involved with the business owners consulting on estate planning and personal taxation. She also services individuals that do not have any association with businesses.

Bliss is a graduate of Rochester Institute of Technology with a Bachelor of Science in Accounting. She began her accounting career with Cortland L. Brovitz & Co., PC. in 1976. In 2005 she co-founded the Firm of Kasperski Owen & Dinan CPAs, LLC. In December of 2016 she joined Gray Locey CPA PLLC.

Bliss is the Assistant Treasurer of the Episcopal Diocese of Rochester, Vestry member of the Church of the Incarnation, Board Member of the Corporation for the Relief of Widows and Children of the Clergymen of the Episcopal Church, and serves as a Member and Treasurer of the Board of Trustees of Urban Choice Charter School. She served for many years on the various Boards of Episcopal Senior Life Communities. Bliss is a member of the American Institute of Certified Public Accountants and the Estate Planning Council of Rochester.

Linda is a St. John Fisher alumna and has been practicing public accounting as a CPA for over 20 years. She joined Gray Locey CPA in November of 2022. Linda has represented and consulted a very wide variety of both business and individual clients during her career including manufacturers, medical professionals, investment managers and real estate owners. Along with business and individual tax planning and return preparation, she also has vast experience in the income taxation of trusts and estates. 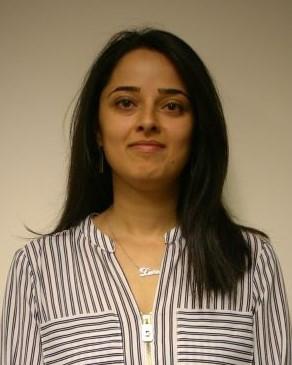 Luiza graduated from Chatham University in Pittsburgh, Pennsylvania in June 2014 with a Master’s degree in Accounting. She joined Gray Locey CPA, P.C. in December of 2017. Luiza assists clients with tax preparation and planning for individuals, partnerships, corporations, trusts and estates as well as with bookkeeping, sales tax filing, and financial statements reviews.

Luiza and her husband reside in Brighton together with their two sons. In her free time Luiza enjoys spending time with her family and friends.

Jamie joined Gray Locey in December 2019. He graduated from St. John Fisher College in 2019 with a Bachelor of Science degree in Accounting with a minor in Finance. Jamie is working on getting his CPA.

In his free time Jamie enjoys hiking, spending time with friends and family, and playing with his puppy Kali. 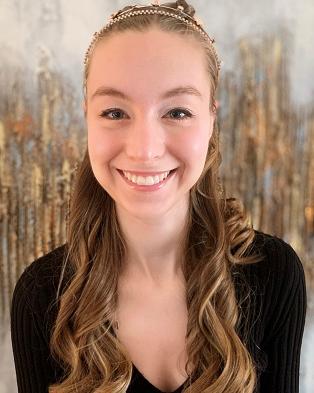 In her free time Mary enjoys working on interior design projects, boating on Canandaigua Lake and spending time with family.

Tatsiana graduated from Belarusian Polytechnic Academy with a master’s degree in Finance. In 2001, she with her two sons, immigrated to America placed settled in Rochester NY.

In her free time, she enjoys watching movies, takes ballroom dance classes and spends time with family and friends.

Sarah joined Gray Locey in December of 2020 as part of the administration team and is now doing bookkeeping and tax preparation for clients. Her attention to detail, eagerness to learn new things and joy of working with people makes this role a perfect match. When not in the office, Sarah enjoys spending time with friends & family, exercising, and exploring new places. 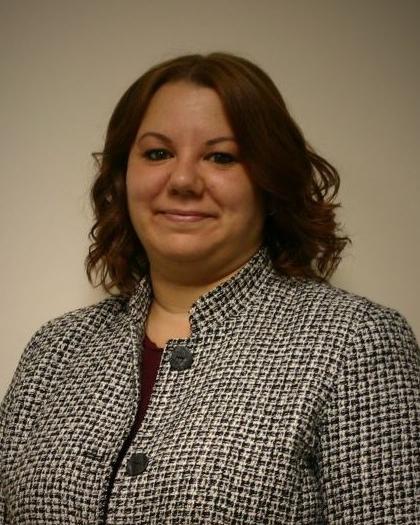 Lisa is the Office Manager at Gray Locey. and has served as an administrator in the accounting profession since 2001. She is a Certified QuickBooks Pro Advisor and provides bookkeeping, tax preparation and planning to clients.

Maria joined Gray Locey in November 2017 as part of the administration team. She has been in the customer service field for over 10 years.

Maria enjoys listening to true crime podcasts and spending time with her family. Maria and her husband have 3 daughters, Daniella, Westyn & Ryenn. They keep her busy and enjoying life.

Molly graduated from St. Bonaventure University in 2009. She joined Gray Locey in September of 2022. She has been in the customer service field for 9 years.

Molly grew up in the Rochester area and now lives in Victor, NY with her husband and two young children. In her free time, she enjoys gardening and spending time with her friends and family.